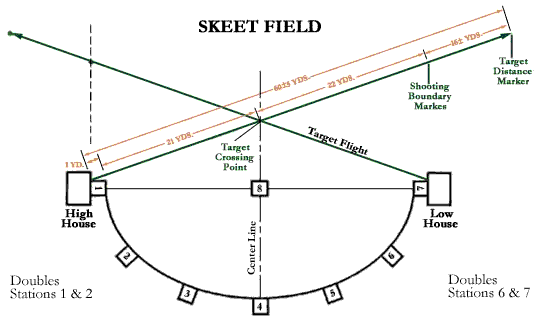 Skeet shooting is a recreational and competitive activity where participants, using shotguns, attempt to break clay targets mechanically flung into the air from two fixed stations at high speed from a variety of angles.

Unlike trap, Skeet is a purely American shotgun game, born and bred not only in the U.S.A. but in the very cauldron of American independence — Massachusetts.

During standard time in November through March: Every Sunday at 1:00 p.m.